The City has done it again: they blocked off traffic in order to create gridlock! Why would they do such a thing?  To remind people that they believe a toll tunnel is necessary to relieve traffic, but we all know with a toll charge of $6-12 one way (which is necessary to come up with the cost to build) and no exits in the tunnel, most will avoid the tunnel. CalTrans/Metro estimates 60,000 per day will avoid the tunnel and take Alhambra’s neighborhood streets instead.

Poor urban planning by Alhambra officials and green-lighting of high density development along the Fremont corridor is a major contributor to traffic congestion in the City, and the 710 Tunnel would only make things worse for Alhambra’s residents.

The City closed off Fremont from 1-9pm on June 10, 2015 to set up its premature celebration. Angry drivers from the 710 freeway exit were stuck in heavy traffic and then were blocked from turning left to go north up Fremont. 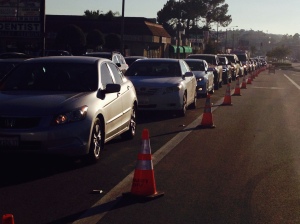 Did you know: The City spent nearly $150,000 for  Close the Gap day last year?  Check back here soon to find out how much they spent this year — on the band, on the stage set up, tents, police presence, t-shirts for their City employees to wear while they worked the booths, on advertising — instead of applying those funds toward developing a comprehensive regional plan.  “Beyond the 710”, developed by a coalition of five cities, organizations and elected officials were on hand to offer information about a comprehensive alternative to Metro’s 5 alternatives, estimated at $705 Million compared to the estimate of $5.65 Billion for the SR-710 Toll Tunnel. Read more here.

This picture of the boring machine is supposed to say ‘progress’ but instead it says ‘scary’. 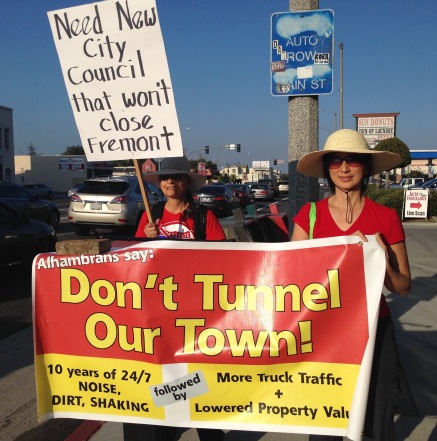 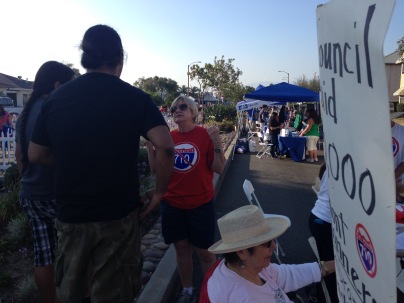 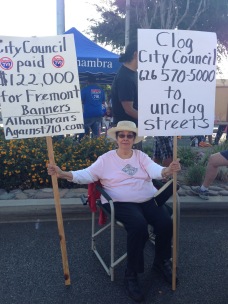 Thanks, City, for causing gridlock again! 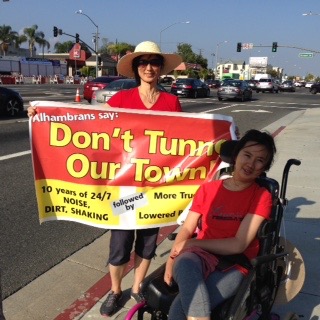 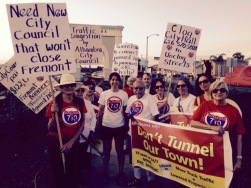 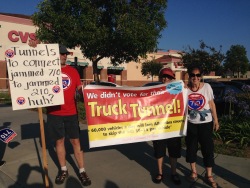