The eight-page letter from Ian MacMillan, the anti-smog district’s planning and rules manager, says the lack of basic air quality analysis renders the draft EIR useless to the agency or those deciding on a tunnel or other transit options.

A letter from Alhambra supports the tunnel alternative as not only the best way to move traffic but to improve air quality. Alhambra comments that a tunnel project would reduce the higher cancer risks currently experienced by residents of Alhambra and nearby communities from traffic gridlock at the 710 terminus on Valley Boulevard and along arterial streets.

Read for yourself  Alhambra City Council’s Comment Letter (Attachment A  +Attachment B), drafted especially by their  pro-710 tunnel lobbyist, paid for by our tax dollars.

Who’s facts would you believe: a lobbyist’s or a governmental agency (Air Quality Management District)? 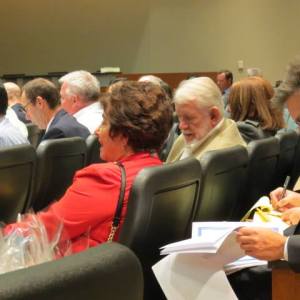