Metro puts a nail in the freeway coffin

On May 25, 2017, by a 12-0 vote, the Metro Board of Directors approved directing the SR-710 project funds to local operational improvement projects to address traffic congestion caused by the 4.5-mile gap in the 710 freeway between Alhambra and Pasadena.

Under the motion approved by the Board, $105 million from Measure R would be used for local improvements listed in the Transportation System Management/Transportation Demand Management (TSM/TDM) option in the environmental document including: traffic signal upgrades and synchronization, local street and intersection improvements, improved connections to existing bus service and the promotion of rideshare in the area. The remaining Measure R funds could be used for other mobility improvement projects that can alleviate congestion on local streets along the SR-710 corridor.
The SR 710 North Study undertaken in 2011 explored solutions to traffic congestion caused by the freeway gap. The project’s environmental study looked at five alternatives: a “no build” option, a freeway tunnel, light rail, bus rapid transit and TSM/TDM.  The Study results indicate that the alternative that best addresses the project’s purpose and need is the Single Bore Freeway Tunnel. 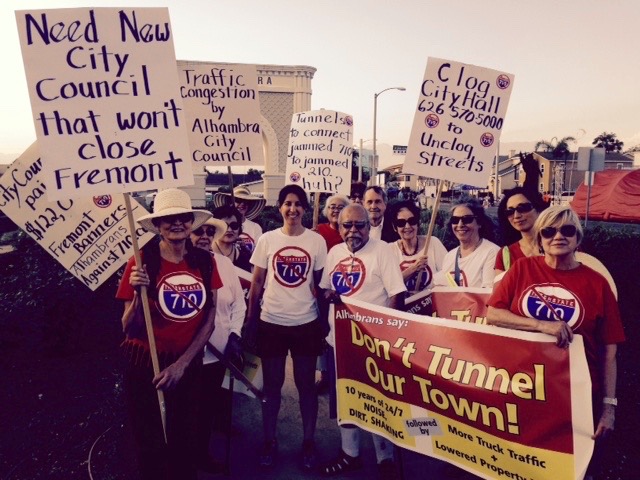